Wellbeing Wednesday video: How do I do that if I hate everything that does that?

I love so much about Madam Secretary and a scene in a recent episode stands out as a favourite.

Russell, the Chief of Staff to the President, has had a heart attack and is back at work, full throttle. He’s rejected mindful breathing, yoga, chanting and other tools but knows he needs to do something different if he doesn’t want to end up dead or back in hospital.

Barbara Hall, creator of Madam Secretary, along with Judging Amy and Joan of Arcadia (and author of A Summons to New Orleans which she wrote after her own rape), is no stranger to addressing bigger questions in a thoughtful way.

In this episode, Tim Daly’s character, Henry, suggests that Russell’s resistance to these tools is down to his fear of being alone with ‘big questions’ around mortality.

Desperate, Russell talks to Henry about it and listens to Henry’s monologue: ‘None of us knows what our true essence is… those brief moments where we maybe get a glimpse are because we’ve somehow managed to transcend our ego. Those small moments create a space so that we can ask big questions.’

And Russell says, ‘So how do I do that if I hate everything that does that?’

Much as I love yoga and meditation, I totally understand the hatred of it that is so common.

I start each day with a simple (maybe tiny, maybe more thorough) practice and some days, it’s a delight. Other days, I feel (and I teach this stuff and have been practicing for YEARS) like I’ll never be able to do it ‘properly’. On the latter type day, in an ideal world, I’ll at least become more mindful of that lack of self-compassion and attempt to take something off my plate knowing I need to go easier on myself. Even a lack of concentration is information.

Other days I love it so much, I wish I could do much more of it. The effects feel like they last for hours.

I totally understand that someone who hasn’t experienced the benefits might be scared – when I started in my 20s, it helped with pain relief but regularly made me sob in Savasana. This was embarrassing and yet, apart from the physical benefits, I knew I needed to stay with the process.

I grew to love the relaxation (most of the time – in some classes, music I don’t like or other irritants will make me feel like I detest yoga all over again).

What I especially loved about this Madam Secretary subplot was that no one (apart from his wife who was scared he would otherwise die) tried to force Russell to do what he felt he would hate.

There is more to relaxation and flow than yoga and meditation.

Henry encourages him to think about anything he ever enjoyed outside his all consuming job.

Russell remembers making model airplanes as a kid. Fortuitously, Henry became an ethics professor and theologian via an earlier career as a fighter pilot and spy so he’s able to talk about specific models of aircraft and how the model planes inspired his early career.

Research backs up this obvious example of people being better able to take lifestyle advice from people who’ve lived similar lives. Former CEOs who take up raw food diets, yoga and meditation are often brought in to talk to people having to make those changes for the first time as they’re more relatable to people like Russell than your average yoga and meditation instructor.

Russell gives making a model airplane, even as an adult, a go. He starts doing something different. Maybe it will help him, maybe he’ll think of something else that will be better for him. 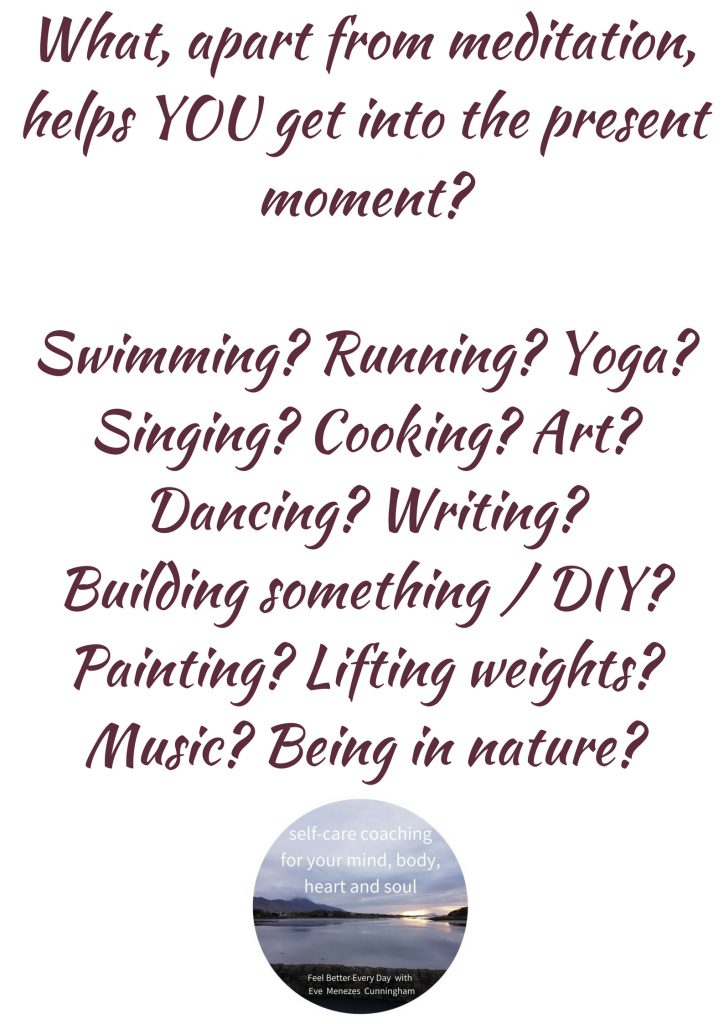 Rather than overwhelm yourself with a complete lifestyle overhaul, what one turtle step might you take today to give yourself a taste of that Ahhhhh?

I’d love to hear hour you get on. Please let me know in the comments below.